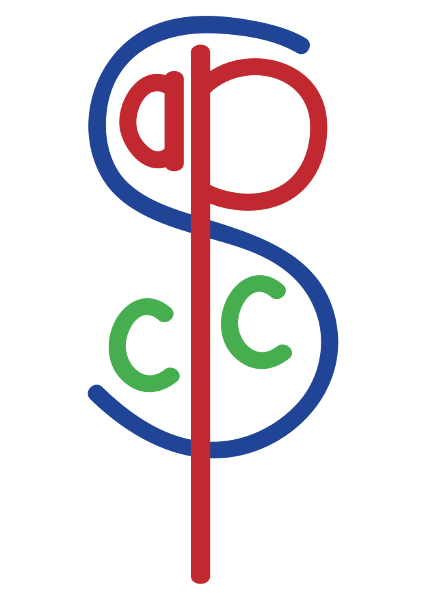 The Scottish Association for Pastoral Care and Counselling formally came into existence in 1995 but its roots go back much further. A Scottish Pastoral Association was founded in 1959 'to promote an exchange of ideas and basis of co-operation among all who regard themselves as exercising a pastoral function'.

A lasting legacy of the SPA was the journal CONTACT which was first published in 1960 and which still survives as the major British journal of pastoral studies, its name being changed to 'Practical Theology' in 2008. In 1976 the SPA was absorbed into the recently formed Scottish Institute of Human Relations.

In 1979 the first International Congress on Pastoral Care and Counselling was held in Edinburgh and at the second such congress, held in San Francisco in 1983, the Scots attending took the decision to set up a Scottish Pastoral Education Group as a Scottish forum for those engaged in pastoral education (and as a separate Scottish nominating body to international committees).

In 1995, SPEG broadened its remit to re-form itself as SAPCC. As well as providing a Scottish forum for those engaged in pastoral care and counselling SAPCC nominates representatives to the European Committee and International Congress on Pastoral Care and Counselling.

"To promote and develop pastoral care and pastoral counselling.
To provide a forum for mutual learning and support.
Faith traditions and spiritual experiences are central to our shared commitment respecting the uniqueness of each person." 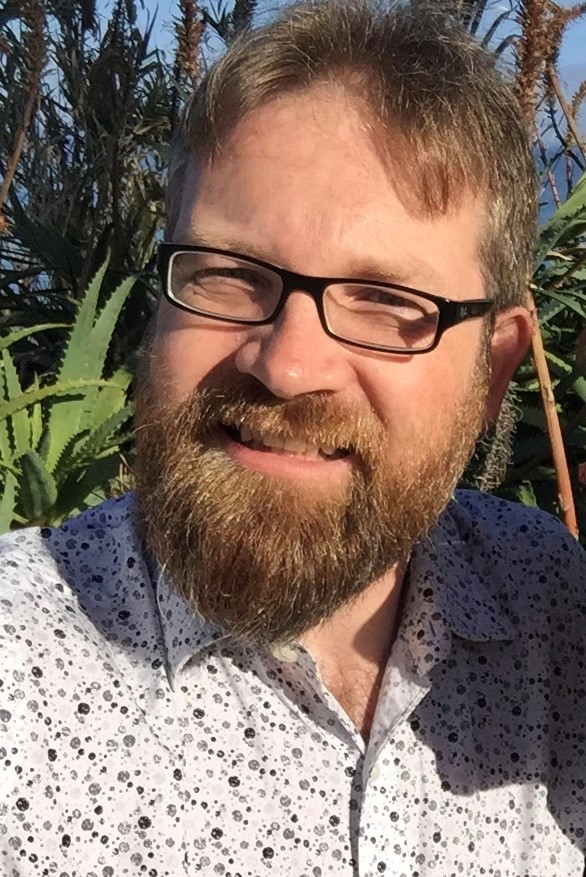 Scott lives in Monifieth where he is the Parish Assistant for Monifieth Parish Church. He lives in the manse with his wife Fiona who is the Minister for Monifieth Parish Church. He holds a BSc in Aquatic Science from Stirling University, a BA in Theology from the University of the Highland and Islands and is currently studying a Post Graduate Certificate in Healthcare Chaplaincy at Glasgow University. Scott has a background in Information Technology and Nursing, he trained as a fish farmer before discovering that he didn’t like killing fish. His hobbies include gardening, DIY, reading crime fiction especially historical and has a passion for church history. 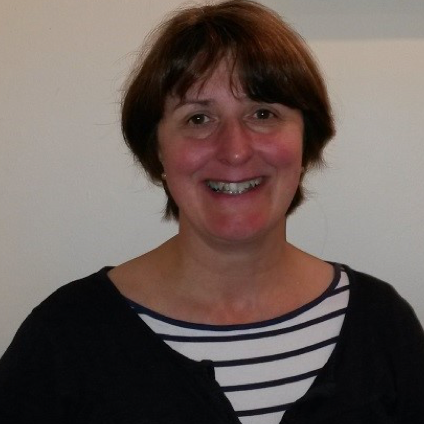 Suzie Stark is an Assistant Minister at St Cuthbert's Church in the centre of Edinburgh, in addition to normal ministerial duties she has a specific remit for pastoral care within the congregation. For four years she has been part of the chaplaincy team at St Columba's Hospice, providing support to patients, families, staff and volunteers. Prior to training for the ministry Suzie worked in the Church of Scotland Offices and had pastoral responsibility for staff working in ministry teams throughout Scotland." 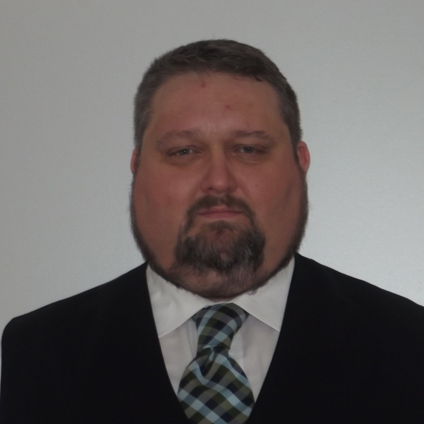 Kenneth came into the Association through Pastoral Care as a Parish Assistant in the Church of Scotland, latterly with a position of Locum Ministry for a vacant charge in the Presbytery of Hamilton. Currently he is a qualified school librarian attached to two high schools in Renfrewshire. Old skills as a tradesman are used as a member of the property committee in his home parish.

Kenny is a Deacon of the Church of Scotland and serves the parish of Letham as a Pastoral Worker. His particular interests lie in care of the elderly, the supervision of a pastoral care team, and leading home groups.

His interests include reading historical fiction/non-fiction, naval fiction/non-fiction, music, film, and heraldry. He is a member of the Heraldry Society of Scotland, the Heraldry Society, and an associate member of the Society of Heraldic Arts. His interest in heraldry has resulted in his petitioning the Court of the Lord Lyon for his own Arms and he received his grant of Arms in 2010. He was also awarded a Pennon bearing his Arms and Motto. As a proud Hebridean from Callanish on the Isle of Lewis his motto is in Gaelic rather than Latin and both Arms and Motto make reference to his service as a Deacon and there is a punning reference to his name, which means 'Son of Fire'.

Liz Oliver is a qualified counsellor and supervisor. Her whole career has been in the caring profession, firstly as a nurse and midwife and with a strong focus in palliative care with both adults and children and more recently as a counsellor. She has a grown up family and enjoys in her spare time exploring the countryside, reading and dramatic ballet

The Council meets for about two hours five times in the year to: Organize the Annual Conference. •Arrange the Margaret Allan lecture. •Manage the finances, membership and website to make the above possible.

Duncan Forrester and Alastair Campbell called a meeting of people involved in teaching pastoral care and counselling in Scotland. A small working group was set up given the title of the Scottish Pastoral Education Group. The group began by holding an annual conference. The next major change gave SPEG a new direction and it adopted the name 'The Scottish Association of Pastoral Care and Counselling, (SAPCC) with a formal constitution and subscriptions for membership. SAPCC has moved a long way since its initial foundation. The SAPCC council is now much more representative, comprising lay and clerical members with an appropriate gender mix.

MARGARET ALLAN, after whom our memorial lecture is named, was a Deaconess in the Church of Scotland. The 1910 Edinburgh World Mission Conference had had a profound influence on her in her early youth. By 1937, she was a parochial Church Sister in Peterhead. She continued as a Church Sister for four years and then for four more years as a Deaconess.

In 1953, she became one of the leaders in the pioneering work at the Davidson Clinic. She along with others, helped form the Scottish Pastoral Association in 1959. She is described as having made a unique contribution to the founding of the Association. Margaret died on 4th May 1965. These Memorial Lectures were instituted by Margaret’s friends. 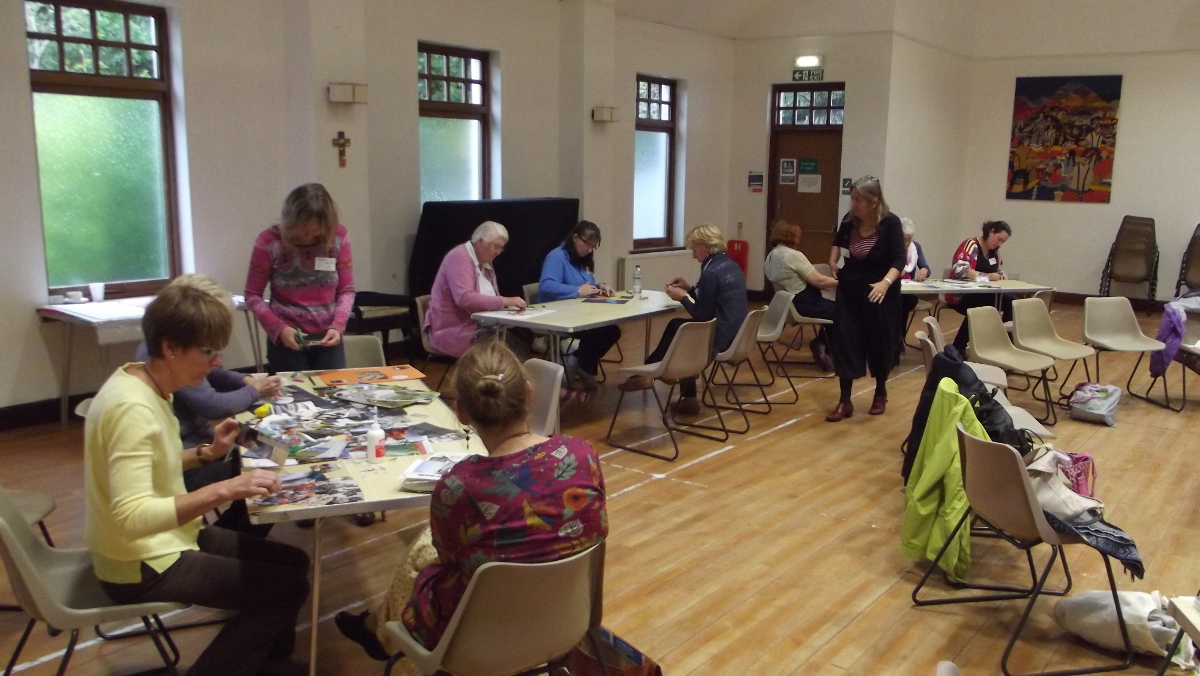 Skilful supervision in the Pastoral Context

A Code of Practice for Pastoral Care

Out of the Shadows: Paths amid Marginalisation, Alienation, Discrimination

Freeing the spirit in all our encounters

Dementia Care: Responding to the needs of people with memory problems and dementia, and the needs of their carers' - Professor Mary Marshall

‘Loss: from misconceptions to making a difference’ - By The Reverend Tom Gordon

“Pastoral Care and Counselling in the local context” - Sheila Rae

Home
About Us
News
Links
Practical Theology
Contact Us